You are here: Home

Sunday Night Jazz at The ArtLounge 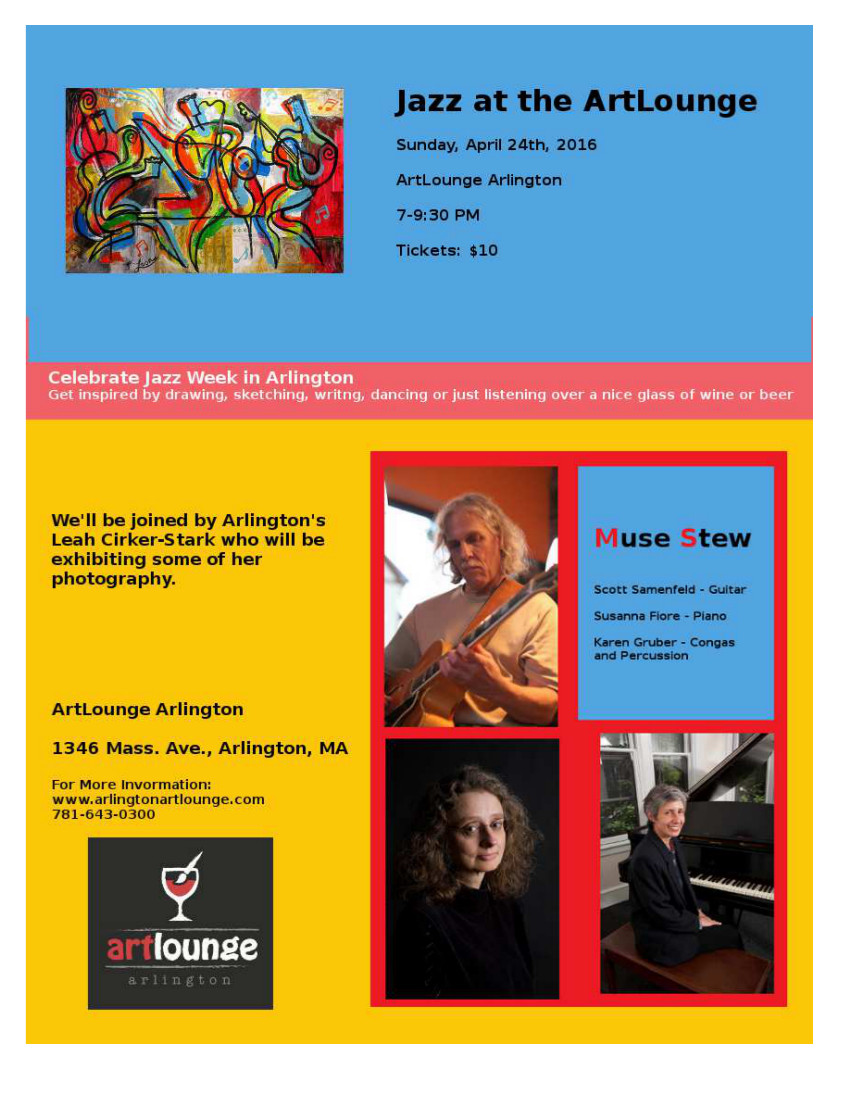 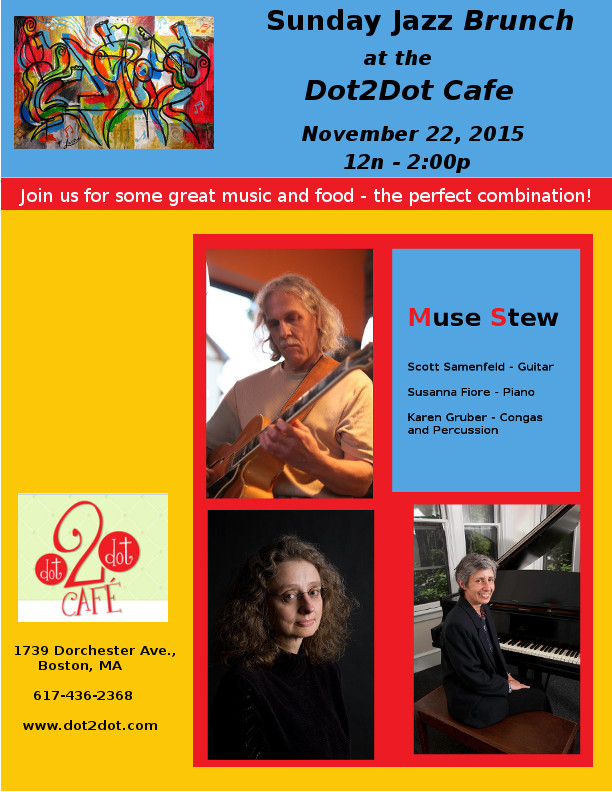 On the Winchester Town Common

Come enjoy some original compositions and jazz standards while you do your shopping at the Market.

Muse Stew began playing around Boston in 1990. It is dedicated to the music of founder and leader, Scott Samenfeld. The group has produced two CDs “Crossings” (1996) and “Live at the Zeitgeist Gallery” (2004). For this concert it will expand to include several guest performers and will be performing an eclectic program of original compositions.  For more information: www.musestew.com

The Flametet is a jazz-improvisational group lead by bassist/composer Kit Demos features some of Boston's leaders in the genre. They have just released a new recording titled A General History of Flame: Click Here

My aesthetic and process is akin to that of the improvisational musician, a result of childhood jazz studies. Radiant with kinetic energy, the images are sublime yet challenging, often constructed of mixed media and found materials. Each piece is a kaleidoscopic storm of color, metallics and texture that appears to pause for your consideration. 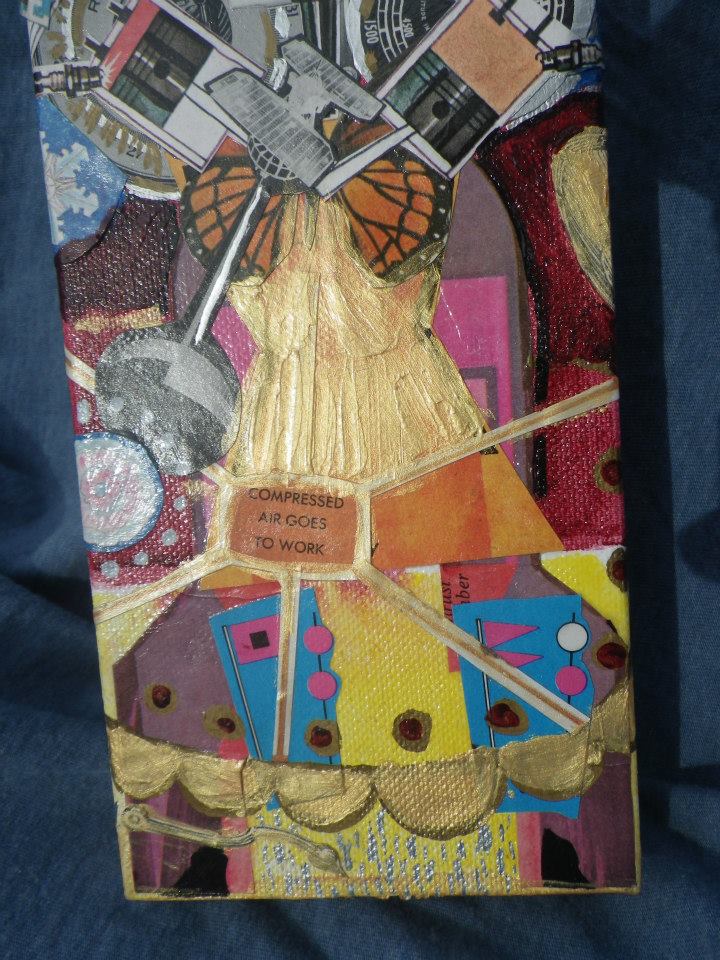 Click on the image to see more of Ivy's work

The second concert in the series – Sounds of Swing Orchestra

The Sounds of Swing Orchestra has performed throughout the Boston area for over 30 years. Once a working band, it has mostly been a weekly “rehearsal” band for the past decade or so which has allowed it to focus on playing more contemporary charts along with the best of the traditional tunes. There are several writers in the band and it will be featuring the band's original compositions.

The EulipiaJazz 2014 Concert Series is funded in part through a generous grant from the Arlington Cultural Council.